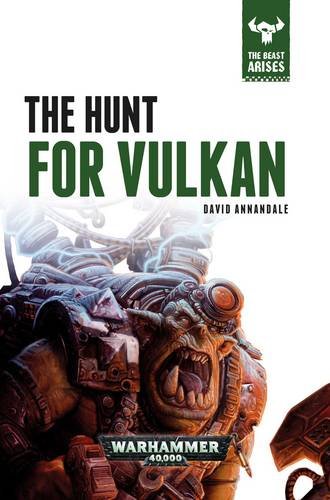 This was the seventh book in the Beast Arises series that I’ve read. In terms of action this is the book where things really start to kick in to action. Koorland with some nudging took charge and added impetus to the response of Terra. The search for the only known living Primarch began. The elusive gene father of the Salamanders had been fighting for more than a thousand year on his own. The crash course in being a leader stunned Koorland and I really enjoyed how he still didn’t see himself as a worthy leader.

For me the most interesting part of this book was how the Astartes that are seen as gods amongst men are seen as wayward children to Vulkan. There was a sense that Vulkan had foreseen this situation and knew how it would conclude and yet held himself apart from the Astartes. It would have been easy for this to have come across as a cheesily forced enigma but it didn’t. There was a surprising depth to the character of Vulkan that I really enjoyed.

There were some unanswered questions in this book like how did the Orks know where Vulkan was (If they did) and if they did were they aware of his singular threat to The Beast? Hopefully These questions will be answered in the next book.