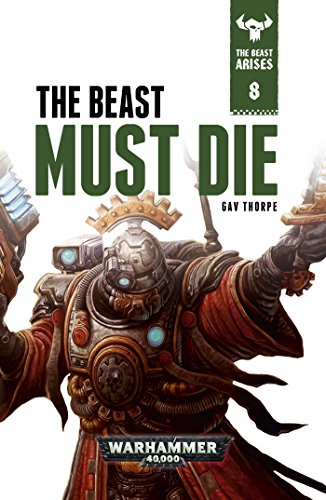 This was the eighth book in the Beast Arises series. I know some people thought there has been too much politics in the previous few books (not me) but this book broke that trend in a big way.  This book seemed like it was one continuous battle, something that not many people could have pulled off. Don’t panic if you’re one of the politics fans because this book sets things up nicely for the next.

There was a sense that this was it. The big battle, the culmination of everything that had come before. Then came the twist, or more accurately the grinding of the skulls beneath giant hobnailed boots. I had to reset everything I thought would happen in the series after reading this book. In short and without spoilers everything was in a lot worse state than I’d thought.

In terms of action and a continuous battle scene this was probably one of my favourite Black Library titles. I don’t think it possible for anybody to have read this book and not instantly grabbed for the next volume.